Faces of Innovation: Adriana Young, Head of Community at 3x3

As part of our Faces of Innovation series, we recently had the pleasure of connecting with design researcher Adriana Valdez Young, Head of Community at 3x3: a women-owned social impact consultancy designing for more equitable and just outcomes. Adriana is focused on building for inclusivity, particularly around products, services, cities, and experiences. We spoke with Adriana about the role education plays in her life and her work, the shift toward human-centeredness, advice for recent graduates, and why she spent four nights living in a shopping mall. 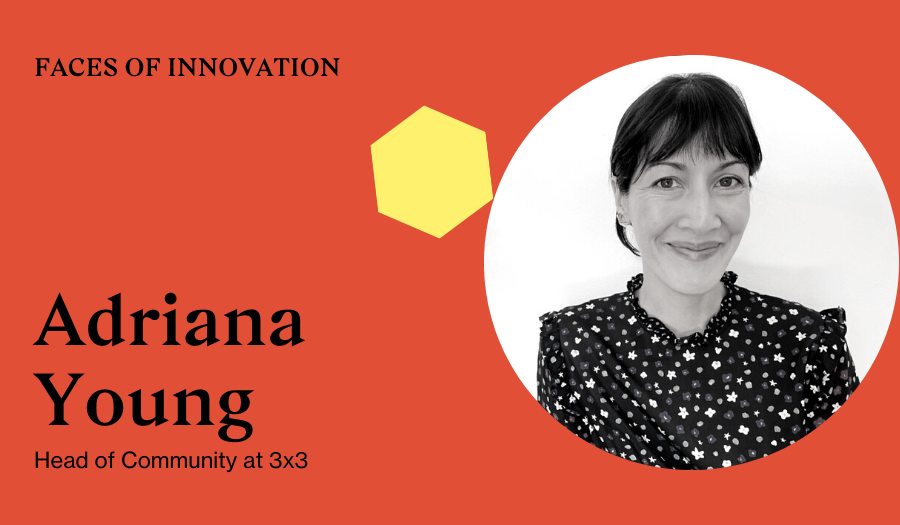 “I really became a design researcher by accident,” Adriana said. “I've always been interested in the sense of belonging, who belongs and who doesn't. I think it's a universal curiosity.”

One place you probably wouldn’t think someone belongs? How about spending four days living at a luxury shopping mall? While attending college in Providence, Rhode Island, Adriana taught English as a second language for immigrants. “I started asking questions about why this city was so divided,” she said.

Then the mall came to town. To Adriana, it was large, it was ugly, it was aggressive, and it further divided the people in her city based on wealth. “The parking garage and infrastructure was facing the poor, marginalized neighborhoods, and the welcoming entrance was toward the more affluent part of the city,” she said. Adriana heard an ad on the radio from a woman who joked that she would like to live in the mall, that it would make her life so much easier.

So Adriana did exactly that.

“I spent four days living there with a couple of my friends. We had this idea that we would go and live in the mall and we would each have $20. We had a digital camera and a little sketch book,” she said. “We just hung out and we became ethnographers.” 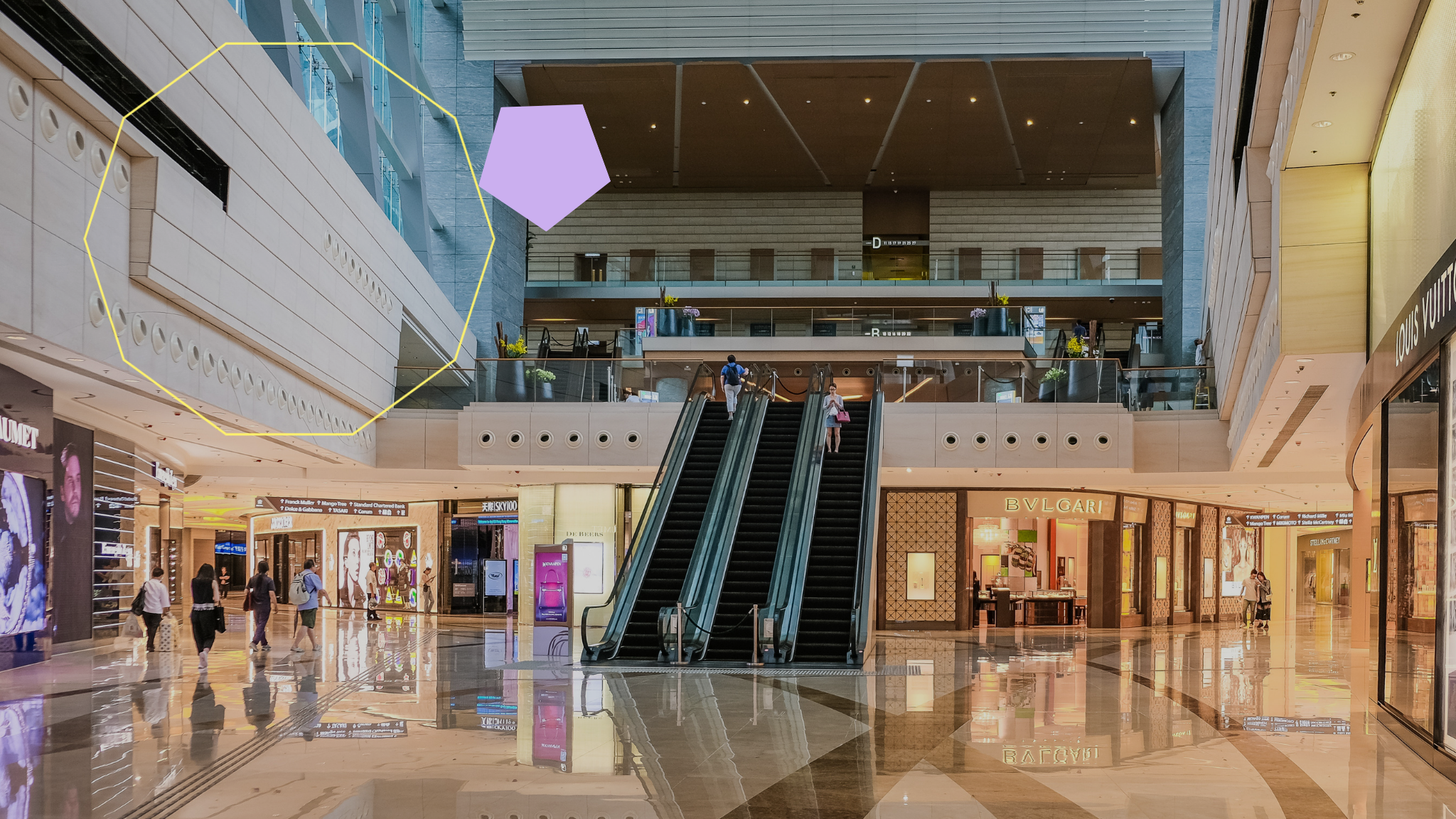 “I felt like the city itself taught me design. It was a design problem, and it unfolded for me all the challenges that we have about living together, sharing resources, and expressing who's valued and who's not,” Adriana said.

Adriana went on to study city design at the London School of Economics. “I finally found a discipline and vocabulary that combined my interest in the built environment, design, and how it affects the social,” she said.

(Curious how she got away with it? We were, too. With her $20, Adriana bought a sheet from one of the stores in the mall and made a hammock, which she hung between I-beams in a space she’d found in the parking structure. She was able to sleep there, eat samples from the food court, and refresh and wash up in department stores and restrooms. She likens it to camping.)

Education is an Innovation Playbook

Adriana jokes that she didn’t even know what the term ethnography meant when she lived at the mall. But education has long been a driving force in her life and career. In fact, when she was teaching English, she started to design her own ways of instruction in the context of voice and engagement and how people want to feel more empowered in their everyday life—her designs evolved into its own business. 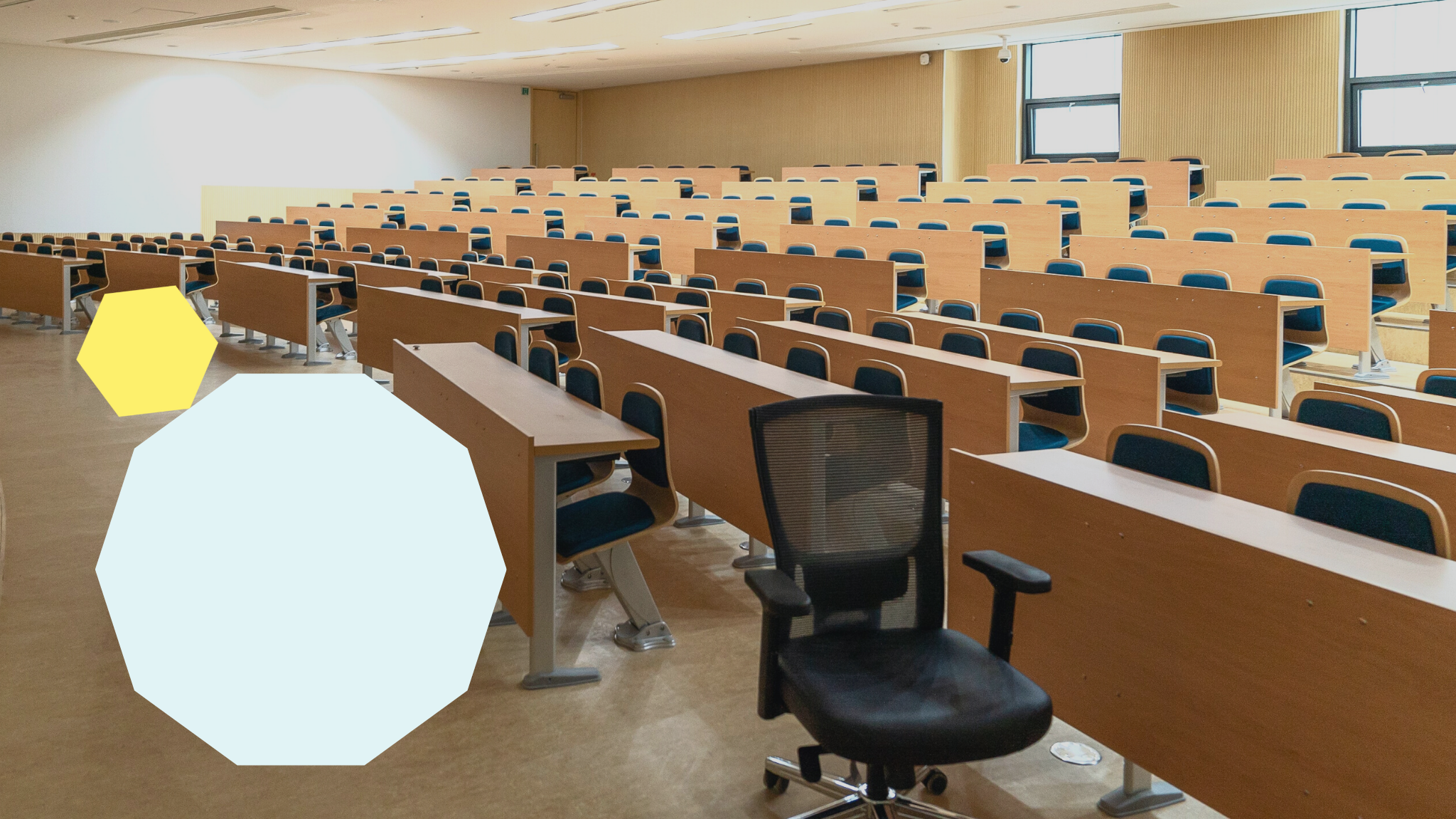 Today, Adriana is on the teaching faculty at the School of Visual Arts, and before that, she was assistant professor at Parsons School of Design.

“I don't know how I would practice as a design researcher without that educational part of my life. For one reason, there is no playbook for innovation,” Adriana said. Education makes up for this, she explains, because it makes you the best possible collaborator in an inherently multi-disciplinary practice.

No one person or one discipline can run the whole innovation show. When you have a mindset that every project is a learning opportunity, you build greater self-awareness.

Adriana’s penchant for education comes through in everything she does. She’s currently working with a large consumer packaged goods company to introduce design research as a capability across their entire design and innovation team.

“They asked me to develop a series of trainings and workshops. I said: That sounds so fun, but for the first couple of months, I just have to hang out with people, and I actually have to do design research with people,” Adriana said.

“Luckily, we have a discovery process,” Adriana said. She mentions organizing frameworks, desk research, and observation. “But actually, I just want to start working with you and then we'll do the discovery and synthesis, which is really a menu of what I think we can learn together.”

“That's what education and learning is about, always having that feedback loop of, what am I taking away from this? How can I use it in other scenarios? What am I still struggling with? ”

Education builds self-awareness, empathy, and understanding, and it also helps us practice the art of patience, which aids in client-driven work. We see more companies talking about being community centers, which is a core part of Adriana’s work at 3x3, where she leads the consultancy’s community building and learning efforts. We’re curious what being community-centered means to Adriana, and how design and innovation teams can apply this approach to their day-to-day work.

“It’s exciting how much energy, interest, and investment there is in human-centeredness and community-centeredness, and seeing the evolution of the DEI space,” Adriana said. She thinks back to her experiences with a divided Providence. “To approach that time as a case study, it’s less about, oh, we just need to invite people in, and more, what if the whole system is broken and we actually have to rebuild it? ”

“I like that we're headed toward a normalization of design around people,” Adriana said. But no one gets an easy pass. “Who were you designing for before, if it wasn't for people and communities?”

Let’s go back to that luxury mall. “I think there are a lot of great intentions around wanting to develop the city and invest in and reinvigorate downtown, but what if that's not what people actually want,” she asked. “What if that future that you envision is boring and isolating and divisive?”

“If there's no oxygen in the room that we can give to this idea of actually prioritizing and valuing people's lived experiences, then it's kind of a pointless exercise,” she said.

We have to be able to let go and give things up and actually stop doing stuff to make space for a really genuine human-centered practice.

As we either emerge from or learn to live with the pandemic, the social contract of work is being re-written in real time between companies and employees. At Bamboo Crowd, our conversations with talent surface a desire for a better work-life balance, long-term hybrid or remote work, and more opportunities to experience life. Yet these desires, as logical and loudly as we’re hearing them, also represent an enormous cultural shift. The economics of a city have long been tied to offices and commuters. What should large employers, municipalities, and planning teams be thinking about right now? How can we work together to chart the future of how we work and live, from large cities to small towns?

“My students at SVA who are graduating and evaluating jobs talk about work-life balance. The reason why they're so motivated to study in New York and to leave their home countries is because they feel like American companies are going to offer a better work-life balance, which I think is really interesting,” Adriana said. “That is a great asset that we have in terms of being able to attract and retain talent.”

“It's like the relationship with human-centered design. We have to ask ourselves: How do we actually relate to people, and in this case, our employees? How do we value them? Do we trust them? ” Adriana said. For her, everything is grounded on trust and respect.

“If there's no trust, then it's a total disaster. If there's genuine trust in the managers and the teams and the culture, there can be a lot of flexibility and possibility,” Adriana said. “Then we can actually create space to listen to people's needs.”

We asked Adriana what challenges her SVA students may face when they graduate. For example, are the key disciplines in our industry well-understood at the companies she speaks with? Or are these skills and roles more siloed, and not fully embedded within the wider organization?

“It's not well understood, but you can use that as an opportunity," Adriana says. 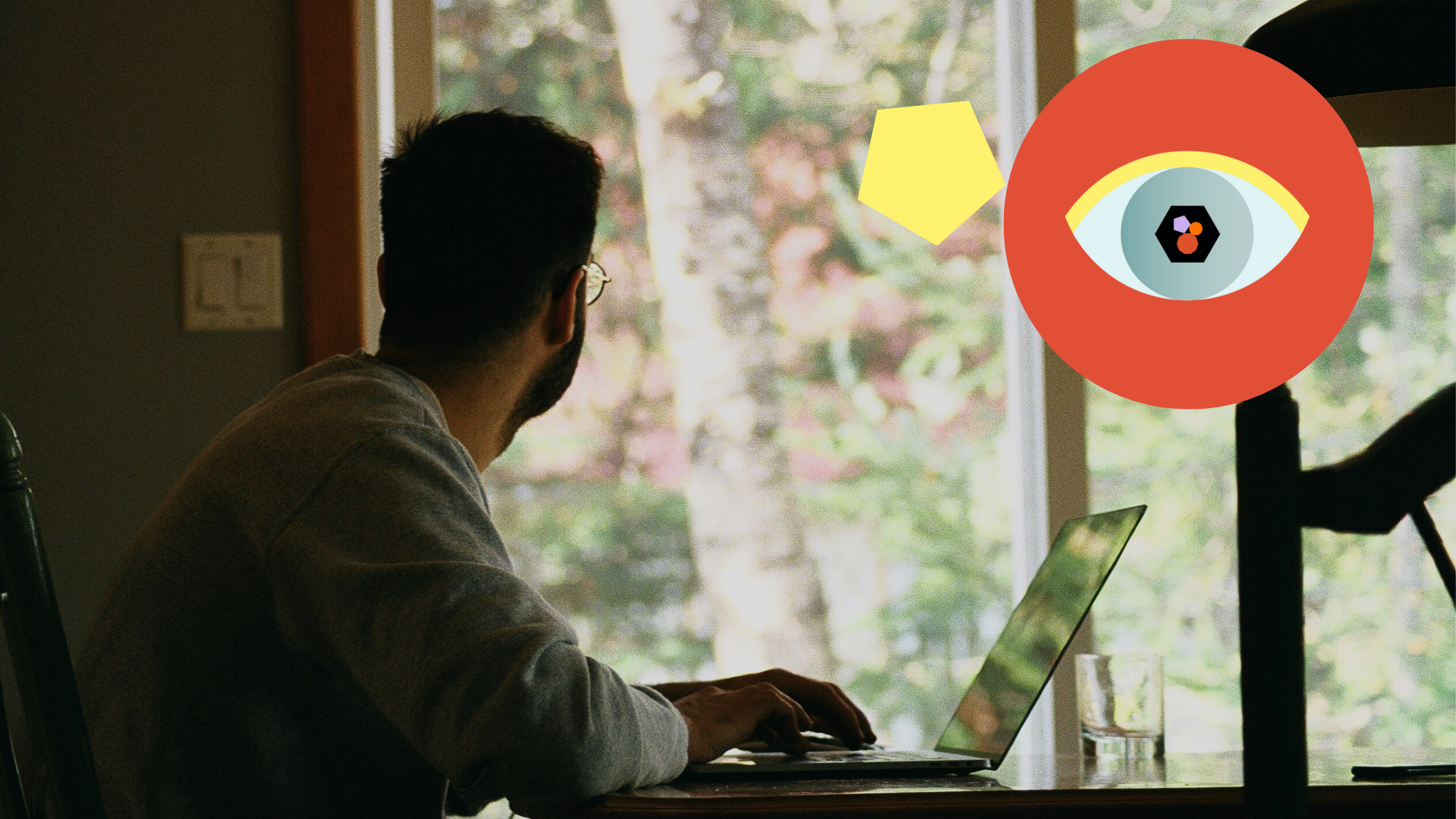 "I think there is a lot of confusion, and that actually makes it really hard for my students who are applying for jobs," Adriana says.

“I tell my students to apply for a lot of different things and don't be too concerned about catchphrases. They have so many amazing skill sets as designers and researchers and strategists,” she said. “The most important thing is, do you have a connection with the person who's running this team, do you have a connection with the company and the product, the kinds of problems they solve for? Do you feel like you can bring something to those problems?”

At Bamboo Crowd, we couldn’t agree more. We often tell job-seekers to just explore for a bit. Another factor in all of this is that a lot of these decisions (like, is this a service designer or a UX designer role?) are being made in a vacuum. Companies don’t regularly bring in the right outside help to help articulate their talent needs. Those firms that are leaning on experts, like 3x3, can better establish the right frameworks to not only hire well but really lean into the current cultural transformation.

“I think you need a mix of both. It's going to take time to train up, to get the confidence and experience internally, so you do need some outside help. But the outside help should be with the intention of growing the capability and not just continuing that reliance on external expertise,” Adriana said.

“It's a demanding world. There aren't enough designers in a lot of the companies that I'm working with, so people are already understaffed and now they're like, we want you to take on this new capability, we want everyone to be more integrated into the innovation process,” Adriana said. But where will people find this time?

It's life design research in itself. You can't make a change in a vacuum, so you have to take people along on this journey. It goes full circle with the
importance of learning and education.

“It takes patience, and there's a big learning curve to understand what is culturally possible with an organization. It's a long journey,” Adriana shares.

A long journey indeed. But, for the future of how we all work and live, it’s an important one.

Are you a budding ethnographer? Do you want to join a talented women-owned consultancy that is designing for equity and justice? Be sure to register with Bamboo Crowd today for other opportunities and insights. 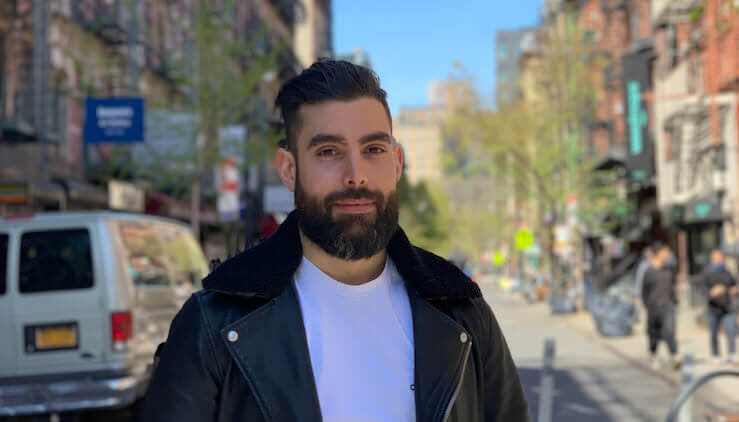