Faces of Innovation: Interview with Will Mace 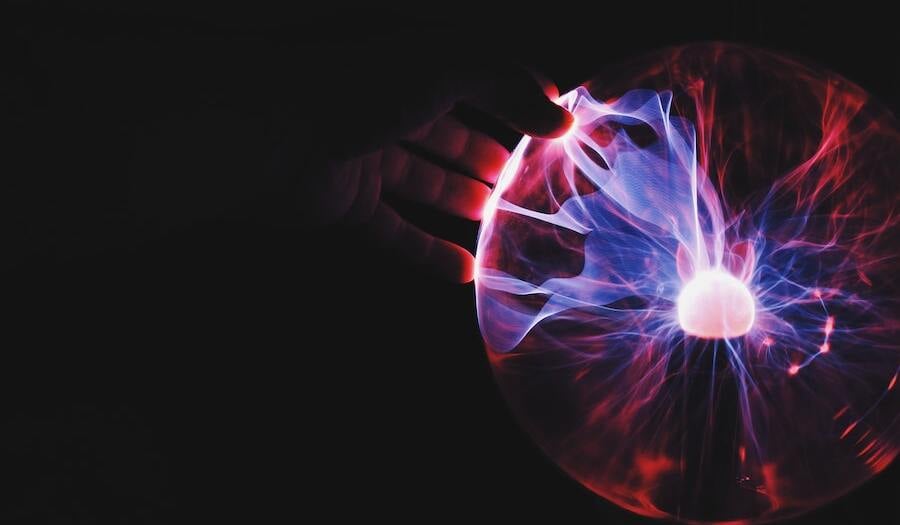 This week, we are featuring Will Mace, an innovation leader with an eclectic background. Will has just launched EQ-Connect, a start-up seeking to solve one of the biggest problems facing the gambling industry – how to create a truly safe environment for all gamblers – through the use of behavioural analytics and data aggregation. Previously, Will launched Kindred Futures to identify and explore strategic innovation opportunities for the Kindred Group, one of Europe’s largest online gambling and digital entertainment companies. Will led a team to explore routes to connect with start-ups and early stage businesses to find new ways of creating value.

Firstly, tell us about your story so far – how did your career start? What are the key career decisions you've made and why?

I've had a slightly unusual career – a philosophy degree, followed by Sandhurst and ten years in the British Army, then an MBA and five years in financial services and a similar period in the gambling industry – but innovation has certainly been the red thread throughout my career. Key career decision points were leaving the Army and then most recently to leave a secure and rewarding role at Kindred to found a start-up. The first decision was driven by a growing aversion to being shot at, and the second by a realisation that I performed best when I had no easily plotted path to follow and when I was ultimately responsible for every success and failure.

How did you find the transition of moving to Kindred?

Kindred was a company that certainly understood the importance of innovation at a conceptual level but was struggling to understand what it meant on a day to day level. How should it foster innovation, how should it resource or prioritise innovation? Kindred had gone through a number of evolutions of its approach to innovation when I joined but none had really driven the results that were expected. An R&D capability had been replaced by an innovation team but this too was struggling to find its place. Was innovation simply the responsibility of the innovation team – and everyone else had to get on with 'real' work?  Was innovation different somehow to 'real work'? This is a common unintended consequence of creating innovation teams of course and can have the effect of causing resentment and lack of engagement from the rest of the business, which will ultimately lead to the failure of an innovation team.

I firmly believe that innovation is everyone's responsibility – not just the job of an innovation team – and so closing the innovation team was one of the first big changes needed to develop the overall innovation capability of the company.

the word innovation means so many different things to different people.

How did you define innovation at Kindred? How did you approach building the function and capability?

I find that the word innovation means so many different things to different people – from moonshots to product enhancements – and in some quarters it has become almost toxic. I actually try not to use it very much, to avoid the preconceptions that people may have, but it is still useful to define, perhaps just in order to avoid using the word. The definitions that focus on solving problems, creating new value and positive change are the ones that resonate with me most.

I introduced the concept of incremental/sustaining innovation at one end of a spectrum and strategic innovation at the other end. A small team (Kindred Futures) was created to look at strategic innovation, exploring trends and technologies that had the potential to impact the industry/company over something like a 2-5 year horizon and then to seek mutually beneficial partnerships, often start-ups, with whom to build exploratory prototypes to allow us to make more informed decisions about if and how to continue to explore the opportunity. The other end of the spectrum was devolved firmly to the ownership and responsibility of the product and business teams – formally giving them ownership of creating new value and positive change in their own spaces. We built some support mechanisms – processes and tools – to help identify and evaluate problems worth focusing upon and more creative or expansive ways of approaching them, and identified a network of 'champions', who became almost cheerleaders for innovation in different parts of the business. The champions were there to stop projects being shut down too early, before their potential was fully known.

What have been some of the challenges you've faced?

One of the biggest challenges at Kindred was probably the cultural challenge. Perhaps surprisingly for a gambling company, Kindred had quite a low appetite for risk and a low appetite for exploring new approaches and new concepts; this meant interesting or promising different approaches could be quickly shut down, before they had had a chance to develop or evolve. Changing the culture into one in which new ideas were celebrated and even expected, and resources would be devoted to further developing them, was no easy task – and is still very much a work in progress.

Tell us about your biggest success/achievement at Kindred.

I led work on a number of very exciting and challenging products and prototypes – from creating Virtual Reality poker games, to building Augmented Reality data visualisations, to conversational betting interfaces through Google Home, Alexa and Messenger and even biometric identity verification and open banking – but rather than any particular product launch or prototype build, I am probably proudest of the change in attitude and approach to creating new value I was able to initiate and nurture in the company as a whole. I certainly derive great satisfaction from seeing teams breaking free from 'corporate shackles' and embracing opportunities to approach problems and challenges in more expansive ways.

My new venture has grown out of the many failures of the gambling industry to identify and 'treat' those at risk from gambling related harm.

Curious to hear your thoughts on ethics in the gambling industry. What is Kindred's approach to responsible gambling?

Recent figures from the Gambling Commission show that 47% of UK adults participated in some form gambling in 2019, so participation is at a far higher level than many people realise. The Health Survey classified 0.8% of the adult population as at moderate risk from harm associated with gambling and a further 0.5% as problem gamblers. Whilst these are small percentages, they do represent a significant number of people and so it is not surprising that the industry attracts a wide range of views. The gambling industry has certainly not helped itself much over recent years – there have been far too many failures to prevent harm being caused. Kindred is one of the leading industry voices on safer gambling – but has also had its failings, although these tend to have been process failings rather than policy failings, not that that should be seen as a consolation of any sort.

Finally, what's next for you? What can you share about your new venture?

My new venture (EQ-Connect) has grown out of the many failures of the gambling industry to identify and 'treat' those at risk from gambling related harm.

One of the biggest factors preventing the industry effectively tackling problem gambling is that one operator is entirely blind to the level of a player's activity on every other operator's site. However capable, or well intentioned, any individual operator may be, they cannot possibly identify a player's full risk of harm, as they only ever see a fraction of the whole picture of the player’s activity. Without knowing the full risk picture, any intervention (or not) decision is flawed, and so allows high risk players to continue playing and continue suffering harm.

We are building a capability to enable a holistic view of a player’s risk of harm to be derived, one that takes into account a payer’s gambling activity across all sites. This means vulnerable, and at risk players, can be properly identified and protected by the gambling industry so the cases of gambling related harm will significantly reduce.

Gambling is of course a global industry, worth almost $500bn in 2019, and the occurrence of problem gambling equally global. Our proposition therefore applies to every country that has a healthy gambling industry and a desire to eliminate gambling related harm.